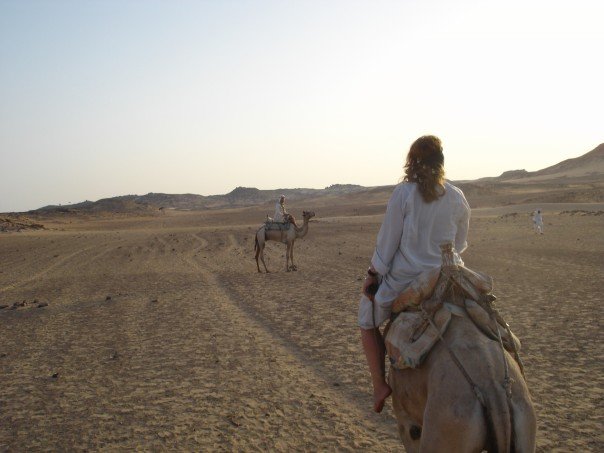 A Look At The Hectic, Eccentric Side Of Egypt.

It goes without saying really, that the array of images that come to one’s mind when the topic of Egypt is introduced in any conversation, regardless of context, begin with the dazzling burial mask of Tutankhamun and the pyramids; followed closely by the Sphinx, the cliffs that engulf the Valley of the Kings and the sun-drenched columns of Karnak.

Like the golden arches are to McDonalds or the red and white logo is to Coca Cola, the pharaohs and their lavish lifestyle riddled with gold, are to Egypt. It is this immediacy of an association of a sense of eternal magnificence, opulence and extravagance that contemporary culture has with Ancient Egypt and its pharaonic culture, once you’ve thrown in a camel or twenty and a few thousand stray but tamed cats that is, your desire to visit Egypt is justified. I understand.

Oddly enough, the eerie silence and grandeur of the monuments and the overwhelming sense of ancient Pharaonic omnipotence they bestow will more than certainly be overshadowed by the cultural and social interactions you will undeniably face. Your time in Egypt will present you with a myriad of all kinds of delightful, hilarious, hair-raising realities. The fact that McDonalds has home delivery by way of a motorised scooter and that the population of Cairo alone in itself surpasses the entire population of Australia, makes for a wonderfully chaotic adventure.

The safest roads you will ever come across…

…are not in Egypt! The first thing you may note upon your arrival in Cairo is that there are no road rules, no lane divisions, no warning signs and an apparent lack of any need whatsoever for your driver to indicate his intentions: in fact, any if not all decisions made by your driver will be gestured by a toot of the horn rather than indicating. Do not be alarmed if no indication whatsoever is made, acting on impulse whilst behind the wheel of a car is seemingly the way forward on an Egyptian road.  Thus you will find yourself at times 7 cars abreast in what seems a 3-lane road; if you have an accident, an “oh well keep driving” policy applies. For your own safety as a wandering pedestrian, happily lost amongst the steamy haze of exhaust fumes, simmering spices from the markets, the busy buzz of horns and chants from the rooftops of the minarets, keep a lookout for women sitting on the back of motorbikes ducking in and out of traffic and or hooning up the pavement; grasping the driver with one hand, their child in the other. Take time also to appreciate the men sprinting up the middle of the road, briefcase in hand in an attempt to catch the bus which oddly enough, rarely stops to pick passengers up. If you find yourself still breathing (oh how you will hold your breath) or with your bottom lip intact and not bleeding upon your arrival at your hotel, as the taxi more-than-likely mounts the pavement and clatters to a halt, nothing need more be said but congratulations and welcome… to the land of the pharaohs!

Girls! Be on the lookout too for local children, particularly within the Aswan night market – a veritable social hub and source of pride for Egyptian locals and defin

itely worth a visit; lovely, adorable, innocent-looking children. Warning: they have been known to be so brazen as to not only give you a cheeky pinch on the derrière, but punch your travel companion where it hurts in the hope that his arm that was protectively wrapped around your shoulders, will drop in agony to care for himself, allowing said children the chance to swarm around you, latch on and run like the wind with you helplessly in tow. Fear not, at the end of the day they are children…your manly man will catch up and save the day. Note: make sure your travel companion is fit and able to barter with children for your freedom!  My advice: once the kidnap attempt is quelled, buy them a toy from the local toy store; they’ll disappear happily into the night …without you.

As a woman, you’ll by way of what you wear and how you wear it, be made perhaps more aware of the cultural differences within Egypt itself. In and around the major cities, Cairo, Luxor, Aswan, normal summery attire is to an extent, accepted as you will find yourself a travelling wanderer amongst millions. In the more remote regions, do please cover up; not only as a mark of respect for Egyptian culture and way of life, but to also save yourself from constantly being an object worth trading 50,000 camels for!

NOTHING is free in Egypt. Consider bakshish (a tip) to be demanded of you at least 100 times a day, be it in the form of cash, a kiss or a look up and down accompanied by a suggestive wink.  Say no.  Consider running.

Example: “Oh lovely lady, this camel ride at the foot of the pyramids, for you… free!” Yes, fear not, the local ‘tour guides’ are not lying. It is free… to get on the camel. To get off the camel however, prepare to whip out a wad of Egyptian pounds.

Example: Police official guarding the roped off, more secluded side of the Great Pyramid at Giza, Cairo: “Shakira! Shakira! (indeed… if you have blonde hair and a fair complexion as I do, there is no need for confusion. It is in fact you they will be talking to!) Would you like a photo ON the pyramid?” This is asked in all sincerity and is accompanied by a gleaming white, endearing smile as the policeman lowers the rope without waiting to be granted permission and casually takes your camera from your tight grasp. He will then hoist you onto the lorry-sized ancient building block. Fear not, he will return your camera. Note: You are actually able to legally and at your will, traverse the first three levels of the front face of the Great Pyramid, albeit along with one trillion gazillion ‘bazillion’ other tourists. The temptation to accept the offer of the kind policeman is overwhelming and the photo-finish of you, just you, alone, on what is perhaps the most wonderful monument in the world, is truly and utterly priceless. The only hitch, if you accept the policeman’s offer to scale the pyramid on your own, unless you run at high speeds upon your decent fortunately without chase, you will have to pay bakshish!

The Egyptians as Hosts:

I don’t think I have ever come across such a welcoming, hospitable, friendly group of people as the Egyp

tian locals. All are willing to welcome you into their home, show you around their town or city, feed you, clothe you, take a photo for you, be in a photo with you and some even offer to drive you from A to B; regardless of where ‘A’ and ‘B’ may be.  Declining their hospitality or any delicacy they may offer can be considered offensive, as the Egyptians find a great deal of happiness in your willingness to join them in all that they do whilst in their country. If you find yourself sailing down the Nile on a felucca or wandering by way of camelback in Dahab, stop at a Bedouin village should you see one; more often than not the residents therein have little been exposed to westerners and the experience of watching the children mimic anything and everything you do is a moment you will never forget. If you plan to do this, maybe have a collection of lollipops, bracelets or something equally as enthralling to hand out to the kids; again, seeing the pleasure in their faces, despite their inability to understand what you say as you hand them a little gift and allow them to take you by the hand and show you around is a moment priceless in itself. 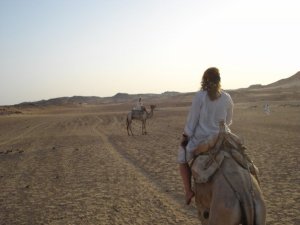 Egypt is not worth visiting simply for its infamous monuments, tombs and mummy collection alone; it’s an enchanting world you should completely immerse yourself in. Why not buy a Galabiya – a traditional Egyptian smock – and wander the streets, meet people, try the food, smell the smells and truly feel at home. Everything and everyone in Egypt has a charming innocence about it/them. The best way to truly appreciate a place is to walk or bike-ride through its streets and become an invisible observer of its daily hectic existence. So go on, visit this ancient city, a land of seemingly limitless tracts of arid desert bordering a narrow ribbon of fertile, overpopulated, enchanting and unforgettable land; the land of the pharaohs, Egypt.

One thought on “Wandering Through Chaos”