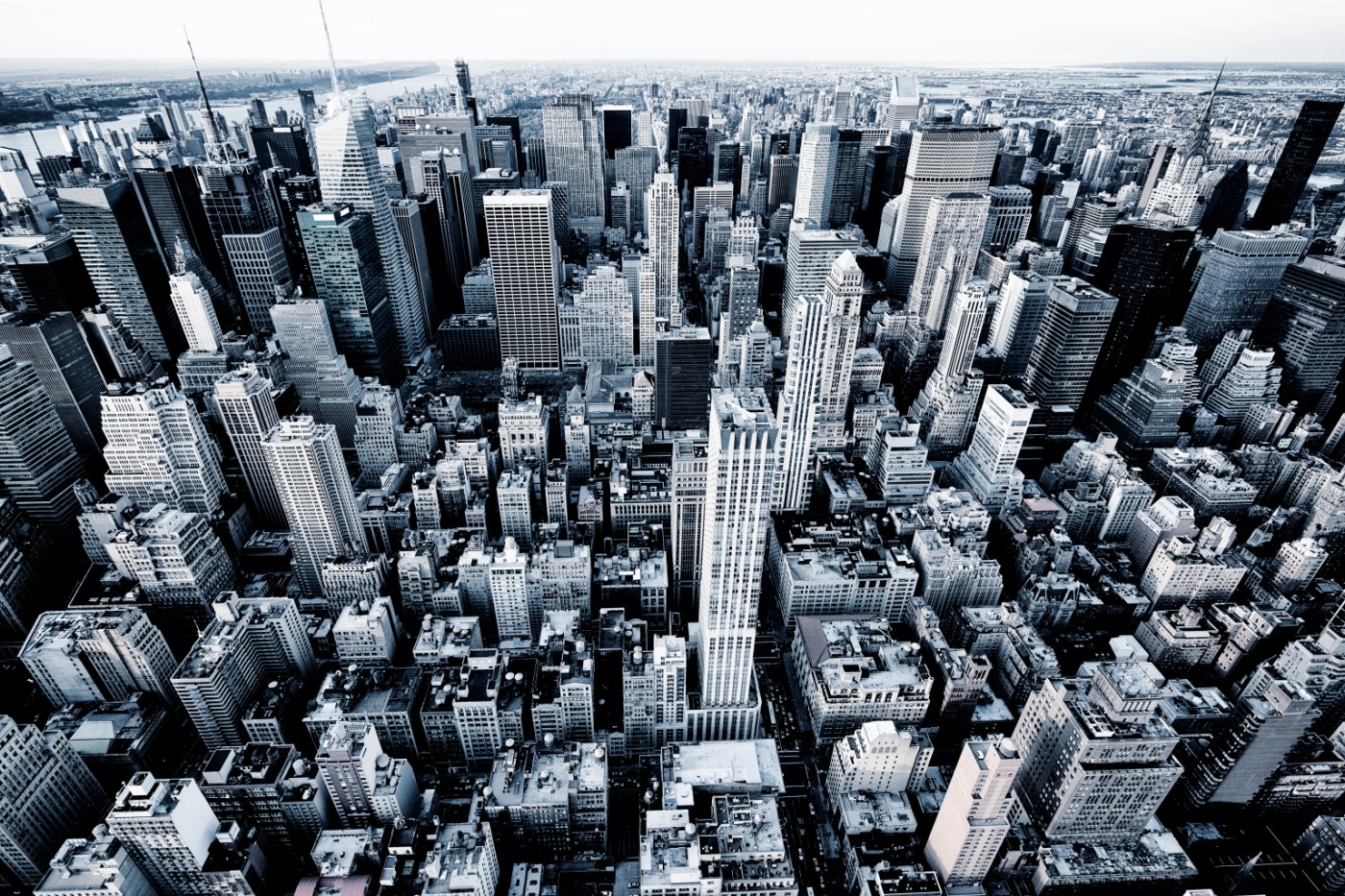 Tomorrow marks the 11th anniversary of the day a plane slammed into floors 93-99 of One World Trade Centre: the exact levels that housed the offices of Marsh McLennan: the 93rd level in particular, that my dad called, his office.

I’m not sure why I am writing this, why now or why at all. My friends will tell you that I am a massive drama queen, a miss henny-penny, a lover of attention and always up for a scandal.  But that’s not why I am writing this. Something this intimate is not something I’d usually discuss so publically.  Only those very close to me have heard my family’s story of September 11 – and usually only after I’ve had a few wines! I guess I’m writing this here and now to get it off my chest, so that when tomorrow comes I don’t have to think about it again, or anymore. Whilst as a family we have essentially put it behind us, the media-dominated society that we live in, will not let us forget it. Every year, on this day, we are reminded of what we went through (disclaimer: I acknowledge that people went through much worse and under different circumstances, continue to experience most horrible things). But you see, day to day, it is a part of my family’s past that is never mentioned, never discussed and certainly never spoken of at home. Like a white elephant in the room, it is a day, a week, a year a lifetime of ripple-effect-like events that will remain and die with my immediate family: my mum, my dad, my sister and me.

My mum, my sister and I, we each have different memories of the day. My mum and sister were awake when it happened. My dad rang straight away to tell them to turn on the TV and watch but to know that he was ok – he was not upstairs in the office. I was left to sleep: to sleep on for another 10 hours, only to be woken early the next morning by my mum. She was distraught: crying – sobbing is perhaps more accurate – hysterical. She sat by my bedside wrapped only in a towel, dripping wet, straight out of the shower; a shower that was seemingly her attempt at maintaining some degree of normalcy that day. She shook me awake, her words only just decipherable through her hysterical sobbing… ‘You’re dad’s office has been bombed. The building…it has fallen. His office, the building, it’s fallen. It’s gone. I don’t know where he is.” You see, when my dad rang, One World Trade (the north tower) has just been bombed. It had not yet fallen. A short time later, it fell.

All I could say to my mum was, “he’s fine. He is ok. ” I don’t know why I thought that, why I could offer such unfounded and uninformed bollocks, but I did. Perhaps human nature, perhaps instinct.

I went through to the living room to find my sister; a white-blonde mop of hair atop a tiny human body draped in an oversized nighty, sitting cross-legged on the floor in front of the TV, obviously unslept and fixated on the screen. Silent tears fell down her bright red cheeks and she was barely breathing for all her concentration on the screen which relayed nothing but dust, rubble and letterheads with my dad’s company logo falling from the sky, littering the streets.

We didn’t go in to school that day. Instead, we stayed home, the three of us, praying for dad to call again. He didn’t. The phone did however ring off the hook all day and into the following night.  Everyone we knew: dad’s colleagues, mum’s colleagues, family friends, family members from Scotland, school friends and their parents, teachers… all calling to see if my dad was ok. We couldn’t give them an answer.  Instead, we thanked them and told them that we’d let them know, whatever the outcome, once we knew. We wrote a list of all their names, of the people who rang us so that when dad came home we could show him how many people cared.

I don’t really remember the rest of that day, or the days that followed. Just the phone ringing and writing a list of people’s names who had sent their well-wishes.  My nana and granny, my dad and mum’s mums respectively, stayed on the other line with my mum, almost continuously into the following night. My mum was weak and silent from exhaustion and despair. Initially, all of her efforts were on making sure my sister and I were ok, calm and positive. But as the day went on, the three of us, although we didn’t give up, fell silent.

It was only last year that my mum told me more of what went on that day. The call dad had made just after his building had been hit, was not as “it’s ok, I’m fine” as mum had initially told us. It was in fact a call that my mum will never forget. She says that when she answered, all she could hear was dad and other grown men in the background, screaming and yelling, crying and swearing; a living hell unfolding in the background. My dad intimated that there was no time: that she needed to run to the other room and get his diary and tell him a series of phone numbers. That the World trade was under attack and his office had been bombed. Everyone was dead. That was it.

My experience was slightly different. I slept, blissfully unaware as the autumn day unfolded in Manhattan. In hindsight, I recall concurrently having perhaps the most vivid dream I have ever had. A dream I then went on to write about in a year 12 SAC, a dream that has since been published and a dream that still affects me today.  A dream that in a nutshell, went as follows…

(Note: I am extremely claustrophobic.) In this dream, I was overpowered by a feeling of claustrophobia unlike anything I have ever experienced before. I was in a very dark, stiflingly hot space, crammed in with hundreds of other people who seemed to be stacked both below and above me. It was as if I were in a tower shaft that extended for miles. My dad was above me, separated from me by a wave of people all screaming and crying. We managed however to maintain a grasp on each other, him holding my hand from  above guiding me through a wall of people, his grip however gradually waning from the pressing force of the people around us. A smell of what I associated from within my dream as being Zippo fuel was overwhelming. The heat became increasingly unbearable. Eventually, my dad and I were torn apart as I was carried off in a surge of people towards “the bottom.” As I was carried away with the forceful momentum of human bodies, my dad remained trapped some flights of stairs above me; I remember being petrified, overcome with a feeling that I would never see him again. The noise from within the shaft was deafening, yet undefinable. As the vision of my dad began to fade, I remember seeing him tell me “don’t worry, I’ll be ok” although I could not hear him. The world around me began to shake and tremble. I woke to my mum, by my bedside, sobbing, hysterical.  I told her he was ok. I knew he was ok, because he had told me.

If I was ever to have planned to write something about our experience, it would have perhaps been more appropriate to do so last year, to mark the milestone that was the 10th anniversary of the day. It is funny, so many people, friends, family and acquaintances last year told me amidst offering their support and well wishes, that I “must be relieved to finally be able to put it all behind me, all behind us.” That our family could “finally move on.” But why?  Because 10 years is a long time? Because 10 years is a metaphorical milestone that dissects and fragments human life? No, last year was still too soon.

Tomorrow marks the 11th anniversary of the day One and Two World Trade fell, the day my dad could have died, but didn’t. He lived.

Like I said, it is never talked about in our house. I don’t think any of us have anything to say about it, especially in front of dad. He has never spoken about it, about what happened that day and to be honest, I don’t know that he ever will. If he does, if the time is ever right, I will be there and I will listen. As an observer, I view my dad as possibly having a degree of survivor guilt, but because he never speaks of it, I cannot say for sure. All I know is that the fallout from what happened has gone on to change him, change who he is and how he is. Whether for better or for worse, I am not sure.  What I do know for sure though, is that he is a brave man and I am proud of him. It has changed us as a family and how I for one, make (or don’t make) life decisions. I honestly don’t know why I haven’t been able to move past it. Perhaps because I find it hard to move past that feeling and that fear the three of us had, that fear I saw in the eyes of my mum and sister that day, that he may not be coming home.

But by the hands of fate, 11 years ago tomorrow, my dad was not upstairs in his office on the 93rd floor of One World Trade at 8:46am. He had left the office already. He was however there and very much a part of it as 10s of thousands of others were that day.  Whilst I have my own unwavering opinions as to who was responsible and why the whole event occurred, I almost don’t care anymore and certainly am not open to a discussion about it.  All I care about is that sometime after September 11, my dad came home and as a family, we continue to move on.

So there you are, there’s my story. I’ve never told my dad any of this, so it’ll be rather embarrassing when he finally finds this post, but there you have it. I’ve vented now. So tomorrow and forever more, bring it on, I’m ready.